The question I'm asked most often is: "Will KISS ever come back to Cadillac?" The simple answer is probably not. There are so many logistical challenges today that did not exist back in 1975 that bringing the band back would be a daunting task. KISS is a world wide phenomenon, so we'd never be able to sneak them into town as we did in '75. Things like finding a place large enough to hold a concert, security, ticket sales, and above all the costs are but a few items to consider.

That reality does not mean that Cadillac does not share an affinity for the band, however. We wanted to do something that not only recreated a bit of that 1975 magic, but also gave new KISS fans a taste of what it was like at Cadillac High School during homecoming in 1975. For that we turned to the KISS tribute band, Mr. Speed. On September 26, 2009, we presented "A Homecoming KISS"  in the CHS Auditorium. The show was sold out and the audience was treated to an ultimate KISS-like experience.

After that, Mr. Speed did a sold out 2011 show at the Little River Casino in Manistee. Many Cadillac fans were in that audience. On their website I wrote: "Mr. Speed may be “America’s KISS Tribute,” but for the people of Cadillac it’s more personal than that. With four performances in Cadillac, including the sold out “Homecoming KISS” concert at Cadillac High School, Mr. Speed has been adopted as “Cadillac’s KISS Tribute.” The band loves Cadillac, but more to the point Cadillac loves the band. Not since KISS visited the city in 1975 has a band so captured the imagination and heart of every Cadillac rock and roll fan. Mr. Speed now has an esteemed position in our Cadillac KISStory. We wanted the best and we got the best – KISS and Mr. Speed."

In 2014, Mr. Speed was chosen to appear on AXS TV's "World's Greatest Tribute Bands" series, another testament to the band's status.

So, with all this in mind, Mr. Speed was the obvious choice to help Cadillac celebrate the 40th Anniversary of the KISS visit. To be sure, there are other KISS tribute bands out there. That said, with this being such an important celebration, choosing the one KISS tribute that won the title of "World's Best" made the most sense. Every other tribute band in the world had the same chance to win that title, but they did not -- Mr. Speed did.

Also, you should know that I have been giving tours of KISStorical Cadillac sites for 40 years. KISS fans from all over the country have come to Cadillac and contacted me for the tours. I'm pretty easy to find. In all those 40 years, not one single person from any KISS tribute band (other than the members of Mr. Speed) have taken the time to come to Cadillac and see the sites first-hand. Not one! If they claim to be interested in the Cadillac story, where have they been?

The bottom line is this. Mr. Speed has shown its affinity for Cadillac and the KISS Cadillac story. There is a mutual respect between the band and the town. They have formed a bond with Cadillac.

On October 10, 2015, Mr. Speed put on a show for the ages in the Cadillac High School Gym as part of the KISS Cadillac Homecoming 40th Anniversary Celebration. Fans came away singing the band's praises. They were recognized in media all over the world and even on KISS Online. They are "Cadillac's KISS Tribute." -- Jim Neff

For more about Mr. Speed, go to mrspeedonline.com. 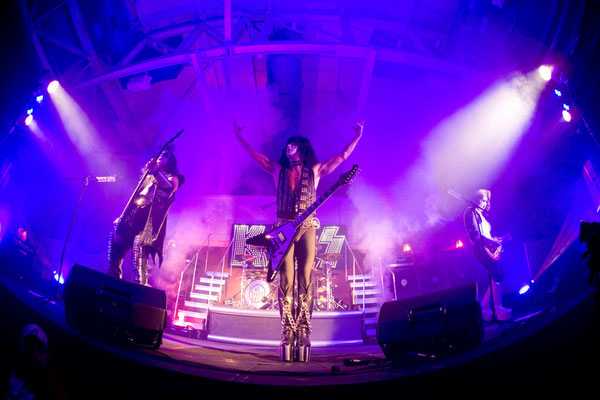 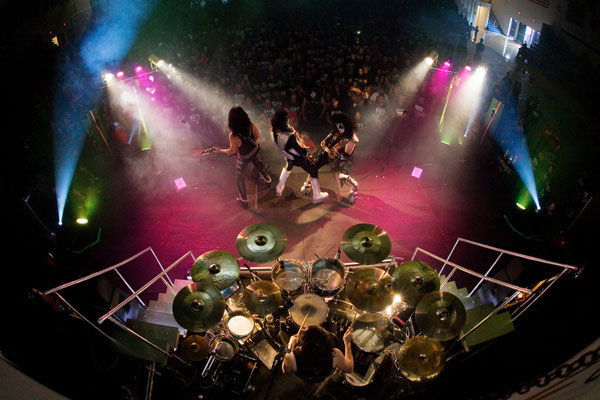 In April 2016, Mr. Speed was chosen to play at a Detroit Pistons playoff game. This was quite an honor. The band played during the pre-game and during some time-outs in game three between the Detroit Pistons and Cleveland Cavaliers. As they played live, the performance was also projected on the jumbotron above center court.