This article appeared in the June 16, 2018 edition of the CADILLAC NEWS.

The Background of the Mystery

Have you ever been wrong about something for 43 years? I have insisted that there was no Cadillacan KISS edition other than the May 20, 1976 KISS Memory Scrapbook. I now have been convinced that there was an October 10, 1975 edition.

Local KISS Cadillac collector Rich Edwards and I met on May 24. He brought his October 10 edition and we compared it to the MS. Here is what we found.

First of all, the 10 edition is just 4 pages. The only KISS article is the front page. The inside two pages have nothing to do with KISS. The MS edition has 12 pages and contains articles reprinted from magazines and newspapers from around the country. All 12 pages are about KISS.

That front page article in the 10 edition only mentions the concert the previous night in the first paragraph and the rest of the article has no further mention of the concert. The rest is just background information about the group. This was obviously written beforehand.  The other three pages are CHS news. It looks like the KISS article was put on the front of a regular Cadillacan issue. As you can see, the ads are also different.

The header on the 10 edition is sloppily done with "Cadillac, Michigan" in the wrong type size and the lines looking like they were drawn by hand with a marker.

There are two keys, however, that Rich and I agreed make the 10 issue legitimate. The newsprint is the same poor quality in both editions. The Cadillacans were done on the cheap, so using cheap paper made sense. This is why yellowing has happened in these issues.

These pictures show the comparison.

This is the front and back pages of the Memory Scrapbook.

This is the front and back pages of October 10.

This is pages 2-3 of the Memory Scrapbook compared with the October 10.

This is pages 2-3 of the Memory Scrapbook.

Rich and I conclude that the October 10 is indeed legitimate. I am convinced. Still, some questions remain.

1. Since I was the newspaper advisor, how in the heck did I miss this? I have absolutely no recollection of this. My only guess is that I was so involved in all the details of the KISS visit that this item never made my radar. Also, student editor Paul Kwilinski was a really take-charge guy, so he could have pulled this all together by himself knowing I was busy with other things.

2. Rich is a big time collector and he said it took him 20 years to find an October 10 edition (and he has only found a few since). We wonder how many of these were actually printed. Was it just a few slapped together for that day or were there enough for all the students? The scarcity would seem to indicate only a few. However, back then students might scan a 4-pager (they were free to students) and then toss it in the trash. No one knew it might be something to keep. (The MS was different at $.50 and with all the articles. You might keep that.)

At the bottom left of the top photo it looks like a newspaper on the table. I am the guy on that end, so why wouldn't I have known about a newspaper and kept a copy? Chalk this up to my own cluelessness?

The other photos were provided by Scott Davis, designer of "MAGIC -- KISS Kronicles 1973-1983." They show the band and student editor Paul Kwilinski in various poses holding the October 10 paper.  (See more about MAGIC on Facebook...Click here.) 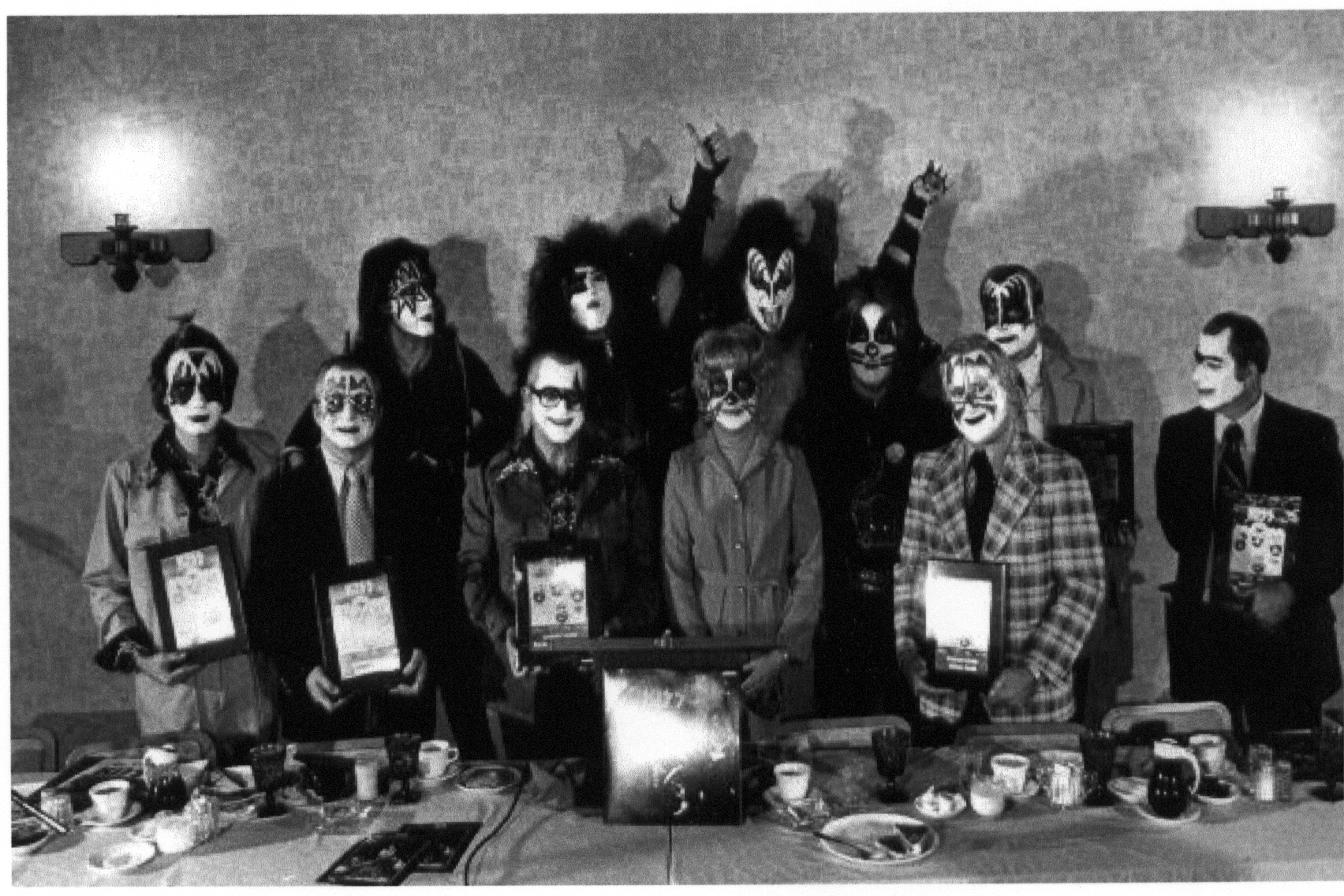 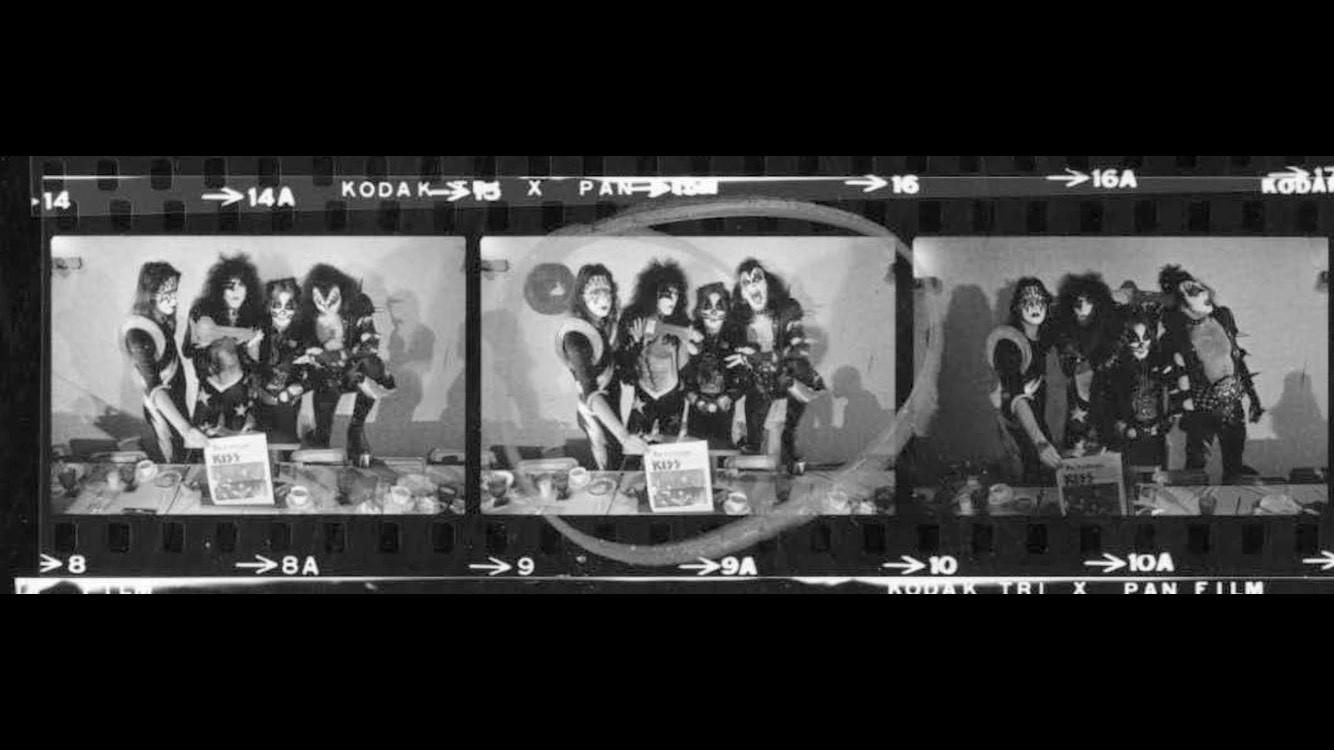 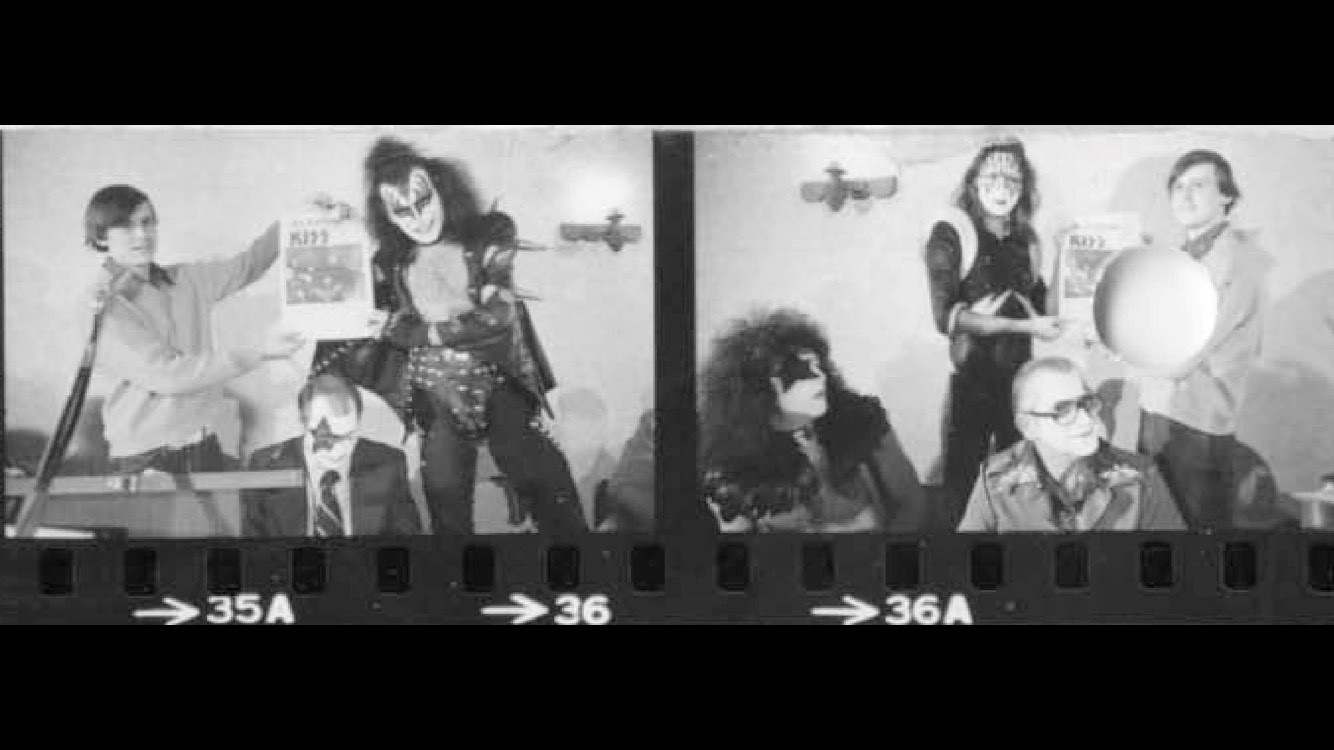 The student editor of the Cadillacan was Paul Kwilinski. Unfortunately, Paul passed away last year. He would have been able to fill in the blanks. 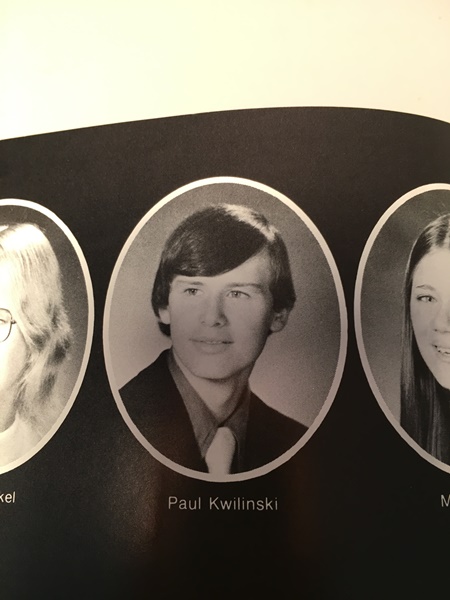 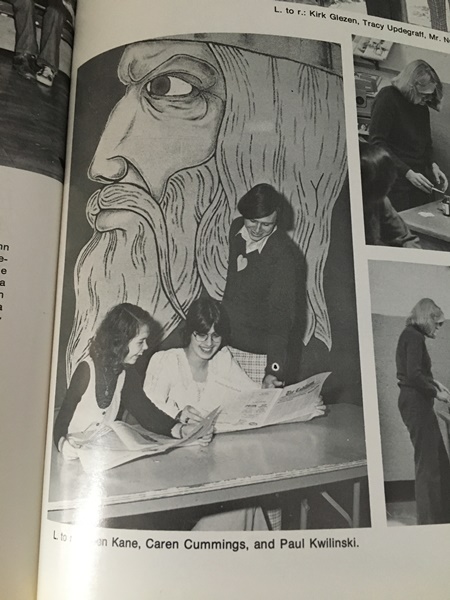 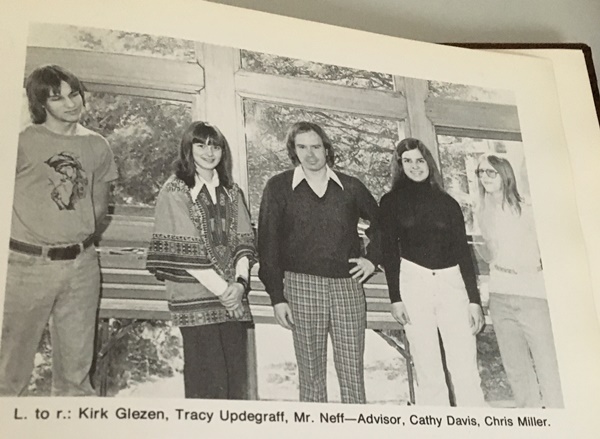 Over the years, unauthorized copies of the Cadillacan Memory Scrapbook have been reproduced and sold. These were never done by CHS and CHS has never made a penny from these sales. CHS would have had no reason to print this and no way to market it. I admit to being clueless about the October 10 paper, but in the years since the 1975 visit everything "KISS" at CHS was funneled through me. (I was in the building for 39 years.) There is no way CHS could have produced such a "copy" without my involvement.

KISS fans have been reporting these fakes to me for years. One clear difference from the original is the width of the side margins. The quality of the newsprint is also vastly better than the original.